To share your memory on the wall of Gregory Shannon, sign in using one of the following options:

Greg was born on June 10, 1956 in Independence, IA, the son of Richard L. and Shirley J. (Wittenberg) Shannon. He attended the Independence schools and graduated from East Buchanan High School in 1975. He joined the U.S. Army Reserves shortly after graduation and was a member for many years. On February 14, 1976 he married Tammy Christensen, and together they had one son. They later divorced. Greg spent several years working for John Deere in Waterloo, IA, before he began working heavy equipment operator for several construction companies throughout the years. In 1984 he moved his family to the Minneapolis, MN area for work, but decided to return home to Independence In 1993. He met Pamela Sue Lohrer in Independence, IA, and together they had a son. They were later married on August 10, 2001.

He enjoyed spending time outdoors was an avid hunter and loved to go fishing with his grandchildren. Greg spent many hours riding his motorcycle with friends throughout Iowa. Spending time with his family and friends is what he loved the most. He often roasted a whole hog to feed everyone of his friends.

He is preceded in death by his parents, and a brother, Bob Shannon.

A celebration of Life will be held at the Crowbar in Independence on Wednesday September 2, 2020 at from 4 PM until 7 PM.
Memorials may be directed to the Family of Greg Shannon.
Read Less

To send flowers to the family or plant a tree in memory of Gregory Joseph Shannon, please visit our Heartfelt Sympathies Store.

Receive notifications about information and event scheduling for Gregory

We encourage you to share your most beloved memories of Gregory here, so that the family and other loved ones can always see it. You can upload cherished photographs, or share your favorite stories, and can even comment on those shared by others.

Posted Sep 04, 2020 at 12:31pm
Greg is so at peace now. I'm sure they have been having a party of some sort in heaven, prob not a Hog roast but prob the next best thing. He is the best cousin a gal could ask for, even tho he seemed like a brother to me. I have so many memories with this guy and Pam. Gonna miss making more with him. The main one I can think of when I was smashed, we went to a bar, called the bartender a" b" give me a beer and Greg was asked to take his friend and leave. He was always there for me, and now what am I gonna do with out that brotherly love? RIP Cousin, i love you
Comment Share
Share via:
LM 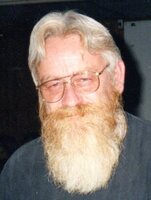