To share your memory on the wall of Mary Lou Covault, sign in using one of the following options:

Mary Lou was born on April 19th 1935 in Decorah, IA, as the daughter of David and
Muriel (Foltz) Thompson. She was Raised on a farm with her sister Marjorie in rural Burr
Oak, IA. She graduated the class of 1953 at Decorah High School. After high school, Mary
Lou went on a trip with friends to Seattle, WA to visit family. It was on that trip to
Seattle that she met Lloyd Eugene Covault. A year later they were married on December
11th 1954 at the Seattle Methodist Church in Washington. Mary Lou worked in the
Boeing factory offices during her husband’s time in the U.S. Navy. After Lloyd was
honorably discharged from the military, they moved to Waterloo, IA where Mary Lou
worked at the Rath Packing Plant. In the Early 1960’s they bought a farm in Stillman
Valley, IL where Mary Lou became a fulltime home maker, raised their two children,
gardened and was active in thier local church life. In the 1970’s Mary Lou worked in
Rockford, IL where she found her calling, helping those in need. Later, she managed a
women and children’s shelter eventually opening a “Goodwill” type store for the
Rockford Rescue Mission.

Family was of great value to Marylou and Lloyd. As such, they moved to Delhi, IA to be
closer to their Son and his children. Later they moved once more to Mohomet, IL to be
closer to their daughter and her children. They constantly commuted to stay close and
connected with their family and no distance could have ever been too far.
Her relationship with God was always present in her daily life. She enjoyed studying the
bible and mentoring others through His love. Mary Lou considered all her friends at
church to be family. She always did things out of the goodness of her heart, like helping
others through their struggles and hardships.

Mary Lou Covault is survived by her two children; David Covault of Independence, IA
and Rachelle (Todd) Hubble of Mahomet, IL. Her seven grandchildren; Jake and Justin
Covault, Crystal (Mike) Hulse, Jack, Clay, Cole, and Elle Hubble. Her three great
grandchildren; Emma Lou and Piper Covault, and Baby Hulse. Aswell as her Brother and
sister-in-law Dale and Pat White of Waverly, IA. She is proceeded in death by her
parents; David and Muriel Thompson, and sister Marjorie Bersie. Aswell as her Husband
Lloyd Eugene Covault.

A celebration of life will be held at a later date. The Reiff Family Center is assisting the
family with arrangements.
Read Less

To send flowers to the family or plant a tree in memory of Mary Lou Covault (Thompson), please visit our Heartfelt Sympathies Store.

Receive notifications about information and event scheduling for Mary Lou

There are no events scheduled. You can still show your support by sending flowers directly to the family, or planting a memorial tree in memory of Mary Lou Covault (Thompson).
Visit the Heartfelt Sympathies Store

We encourage you to share your most beloved memories of Mary Lou here, so that the family and other loved ones can always see it. You can upload cherished photographs, or share your favorite stories, and can even comment on those shared by others.

Posted Nov 22, 2020 at 08:29am
Deepest sympathy to David ,Rochelle and families your mother and I are cousins[my dad and her mother] Remembering her with love and friendship
Comment Share
Share via:

Posted Nov 21, 2020 at 04:34pm
My deep sympathy to your family from my family. My children and I have some pretty great memories! So happy I ran into her at Independence Walmart in February of this year, we had a WONDERFUL visit'''
Comment Share
Share via: 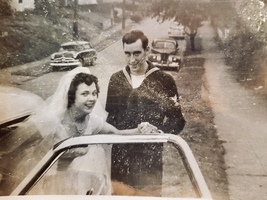 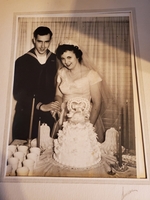 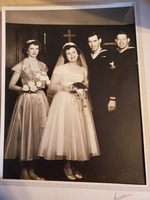