To share your memory on the wall of Donna White, sign in using one of the following options:

Donna was born on June 2, 1938 in Waverly, IA the son of Albert F. and Doris M. (Simerson) Peterson. She attended Miner Elementary School in Cedar Falls, IA. On November 12, 1977 she married Robert E. White and they made their home in Waterloo, IA. After Robert retired, they moved to Weatherford, TX in 1994. They later moved to Independence in 1999. Robert died in 2008, and Donna continued to live in Independence, with her dogs, which she loved so much. In 2018 she moved to La Porte City, IA to live with her daughter Janet Roepke.

Donna is preceded in death by her parents, Albert and Doris Peterson, her husband of thirty years Robert White, a daughter Julie Groote, two grandsons in infancy, a grandson Tommy Moran.

A Graveside Service will be held at Greenwood Cemetery in Cedar Falls, IA at 10 AM on Tuesday November 24, 2020. The Reiff Family Center – Funeral Home & Crematory is assisting with arrangements.
Read Less

To send flowers to the family or plant a tree in memory of Donna Mae White (Peterson), please visit our Heartfelt Sympathies Store.

Receive notifications about information and event scheduling for Donna

We encourage you to share your most beloved memories of Donna here, so that the family and other loved ones can always see it. You can upload cherished photographs, or share your favorite stories, and can even comment on those shared by others. 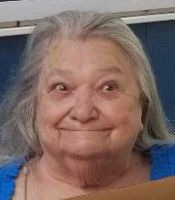